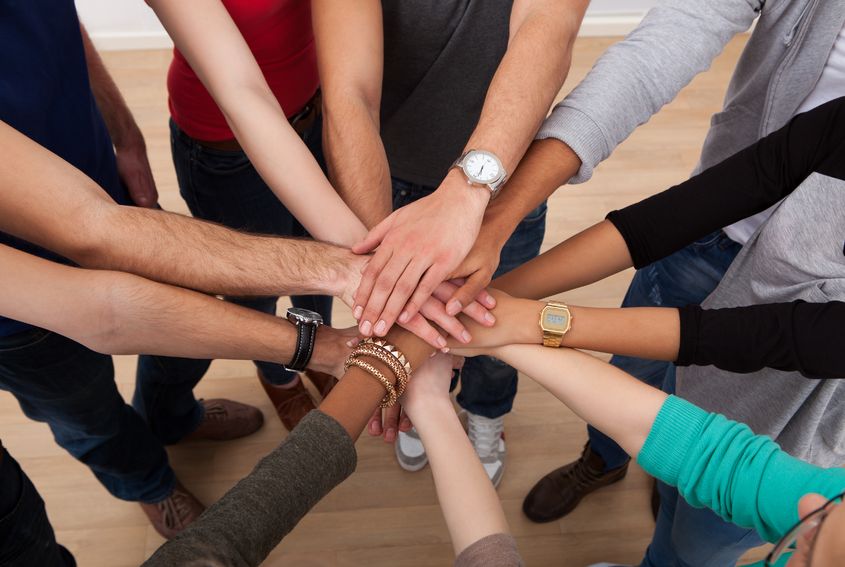 They are working hard behind the scenes by participating in fundraising, advocacy, and awareness programs with Bobby Jones CSF. We appreciate their hard work.

Check out what our Ambassadors are doing to help make a difference!

Roman Fenner is a 22-year-old originally from Richmond, Virginia. Roman has been involved with the foundation since the mid-2010s, where he volunteers for his local unite@night walk, attends CSF educational lectures, delivers his testimony as a patient speaker, and lobbies his local and state representatives for increased funding and awareness for Chiari, Syringomyelia, EDS, and related disorders during yearly unite@thehill events. In the summer of 2020, Roman began leading the virtual High School/College support group, which has met monthly since.

Roman graduated with a Bachelor of Science from Davidson College in May 2022, where he double majored in Biology and Music. He currently works in vaccine immunology research at Duke University and is interviewing at medical schools, hoping to begin his medical education in the summer of 2023. Roman’s goal is to become a physician-scientist, studying and treating the neurological comorbidities of Ehlers-Danlos syndrome. 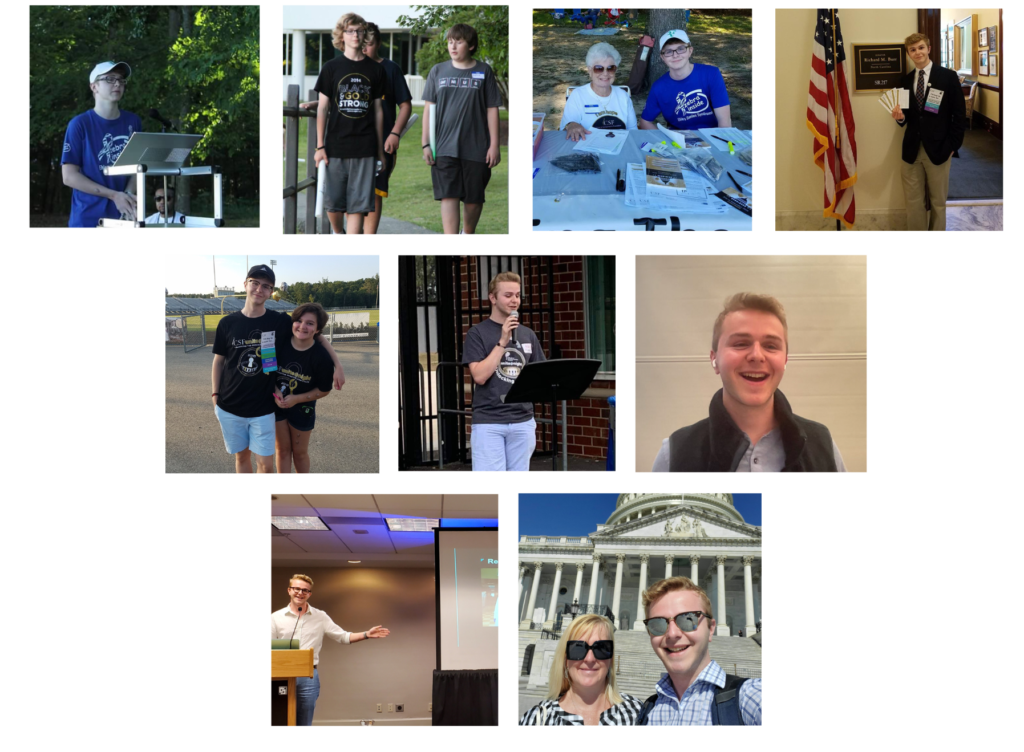 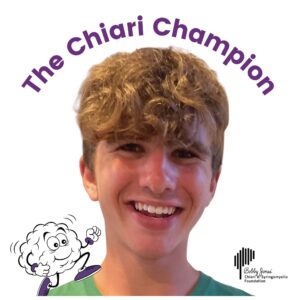 Noah Forman is a 15-year-old from Boca Raton, Florida.  Noah was diagnosed with Chiari malformation and syringomyelia at the age of twelve. Since his diagnosis, he has been on a mission to increase funding and support for these rare diseases. With the help of the Bobby Jones CSF foundation, he originated the only Chiari 5k in the country. His inaugural race this past September raised $38,000 and had over 400 participants. Additionally, he is the host of The Chiari Champion podcast which is the most listened-to and far-reaching podcast related to these disorders with downloads nationally and internationally. He has been published in the Jewish Journal(on Cover), the Boca Raton Magazine, the Boca Raton Observer, and the Palm Beach Illustrated. His efforts have been recognized on ABC Channel 25 news multiple times. He plans on continuing this 5k event annually. Noah will also attend the unite@thehill in May where he will lobby congressional and state representatives.

Noah plans on studying pre-med in college and attending medical school. He is currently in a fully immersive dual-enrollment college program for high school with an emphasis on research and science. He hopes to better the surgical approach for Chiari decompression so patients can have improved outcomes and quality of life. 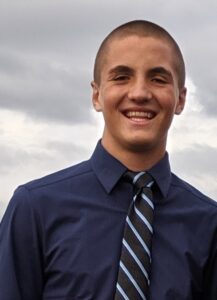 Braeden Means is a 16-year-old Bohemia Manor High School student from Elkton, Maryland. Braeden was diagnosed at a young age with Ehlers-Danlos Syndrome, Chiari Malformation, and primary immune deficiency which steered Braeden away from the sports he was interested in and led to his discovery of his love for music. Braeden began playing guitar and singing at 8 years old. The first time Braeden played in front of a crowd was at a unite@night walk and he has loved entertaining ever since. He has been involved with the foundation since 2016 with his local unite@night walk through raising funds, assisting with set-up, and providing the music through his singing and guitar. He has also shared his story as a patient speaker. Braeden joined the foundation in D.C. at the unite@thehill event to lobby his local and state representatives for increased funding and awareness for Chiari, Syringomyelia, EDS, and related disorders. In 2020, Braeden assisted with the monthly virtual children’s support group, providing support for young kids who shared his illnesses.