Learn more about what Chiari is, what to do after getting a Chiari diagnosis and find more resources that may help.

A Chiari malformation (CM) is a congenital (or rarely, acquired) abnormality in which the back compartment of the skull is too small for its contents, resulting in crowding of the neurological tissues. The lowest parts of the cerebellum, called the "cerebellar tonsils," are pushed down through the opening at the bottom of the skull, impairing the normal circulation of cerebrospinal fluid into the spinal canal through an opening called the foramen magnum. The area of the brain often affected is responsible for controlling lots of things that you don't have to think about like balance, breathing and swallowing, et cetera.

Chiari malformation is categorized as Type I, Type II, Type III, and Type IV. These “types” are assigned on the basis of the anatomy of the brain tissue pushed into the spinal canal and whether developmental abnormalities of the brain or spine exist. They are not named according to increasing severity, but are—instead— four distinct and different anomalies of the hindbrain.

By contrast, for people without Chiari I, the cerebellum is situated above the foramen magnum and within the base of the skull i.e. the posterior fossa. An abnormality in the shape or size of a part of the skull pushes the cerebellum down, resulting in the Chiari malformation. The aberration in shape or size of the skull is related to exposure to hazardous substances, infection, illegal drug or alcohol use, genetic mutations or a maternal diet deficient in certain nutrients.

Some experts have also identified the existence of a Chiari Type 0, where symptoms or cerebellar compression exist, with little to no radiographic evidence on an MRI.

Chiari is more prevalent in females. It occurs mostly during fetal development. People who develop Chiari later in life do so because of a brain mass or excessive drainage of cerebrospinal fluid as a result of injury, infection or exposure to toxic substances.

WHAT ARE THE SYMPTOMS OF CHIARI?

How is Chiari diagnosed?

Medical professionals diagnose Chiari from information sources such as the patient history, observation of symptoms, clinical assessment and diagnostic tests such as:

renders images of bones and certain tissues by using electromagnetic energy. While an X-ray alone is insufficient for identifying Chiari, it can point out anomalies that frequently occur with Chiari malformation. These include skull defects, cervical vertebrae abnormalities and abnormal curvature or shape of the spine. 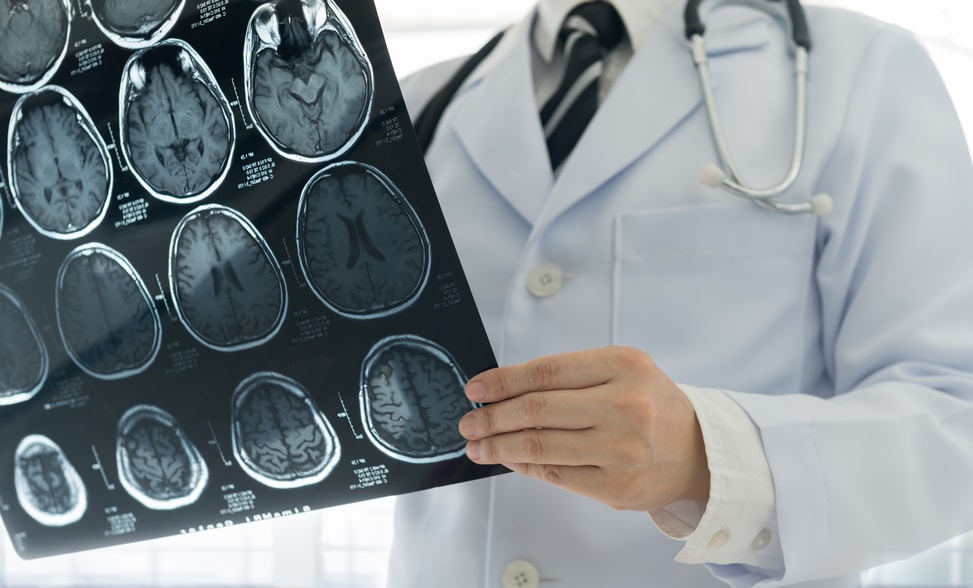 Magnetic Resonance Imaging is the most frequently used imaging technique to diagnose Chiari. It relies on radio waves and a magnetic field to render multi-dimensional images of organs, tissues and other bodily structures that cannot be obtained from an X-ray or CT scan. When appropriate, a contrast material is used for clearer images. The high-quality images of the brain and spinal cord generated by an MRI accurately depict the extent of Chiari malformations and their development. Additionally, a type of MRI known as the cine MRI can be used to evaluate the flow of cerebrospinal fluid (CSF).

A Computed Tomography scan utilizes the computerized reconstruction of X-rays to generate 2 dimensional images of bodily structures. Iodine dye is typically used as contrast material to acquire images with greater clarity. The CT scan is better at depicting the size of cerebral ventricles and revealing blockages than it is for evaluating the posterior fossa or spinal cord. A CT scan usually takes 5 minutes.

is a test that detects electrical activity in the cochlea and auditory pathways in the brain. It is used to determine whether the brainstem is working normally.

measures the brain’s electrical activity due to sensations such as sight, touch and sound. This test provides information about the functioning of the peripheral nerve, spinal cord, and brain.

this test is infrequently administered for Chiari diagnosis. It is an X-ray of the spinal canal subsequent to the injection of a contrast material in the space occupied by cerebrospinal fluid (CSF). It can reveal pressure on the spinal cord or nerves brought about by Chiari malformations.

How is Chiari treated?

Chiari malformation treatment options depend on the symptoms experienced. When there are none, the doctor may not prescribe any treatment. When the symptoms are relatively mild such as headaches or other types of pain, the doctor may recommend pain medication, physical therapy or lifestyle changes e.g. avoiding activities that cause Chiari related discomfort such as lifting heavy objects.

For more severe Chiari malformation symptoms, the skills of a diverse team of physicians may be needed e.g., pediatricians, ophthalmologists and neurosurgeons. The required treatment is surgery. Different types of surgical operations are used for treating Chiari malformation:

Posterior fossa decompression surgery is the most common operation for Chiari. The decompression surgery is performed on adults to create more space for the cerebellum and reduce pressure on the spinal column. It involves making a cut behind the head and removing a piece of the bottom of the skull (and perhaps part of the spinal column) to correct the abnormal bony structure. The neurosurgeon may perform electrocautery to shrink the cerebellar tonsils.

Spinal laminectomy is a surgical operation that removes part of the arched, bony roof of the spinal canal (the lamina) to increase its size and reduce pressure on the spinal cord and nerve roots.

Frequently, in Chiari brain surgery, the covering of the brain, called the dura mater, may be opened to study the brain and spinal cord. Also, a patch may be inserted to enlarge the covering and provide more room for the brain and the flow of CSF (cerebrospinal fluid). The patch can be made from an artificial material or be tissue collected from another bodily part.

For Chiari malformation patients with hydrocephalus (presence of fluid in the brain), a tube system known as a shunt may be used to drain excessive fluid and relieve pressure inside the head. A stiff tube surgically inserted into the head is attached to a flexible tube placed beneath the skin, where it can drain the excess fluid into either the chest wall or the abdomen for absorption into the body. Another surgical technique to relieve hydrocephalus is known as third ventriculostomy. In this procedure, a small cut is made in the floor of the third ventricle to divert cerebrospinal fluid (CSF) into the subarachnoid space and relieve pressure.

The Chiari malformation surgery success rate can vary. According to one study, 80% of adults experienced dramatic improvement in symptoms after undergoing surgery. The risks and complications associated with Chiari surgery are:

WHAT DO I DO NOW?

So: you or your child have been diagnosed with Chiari malformation, syringomyelia or a related disorder... knowing what to do next can be difficult.

Bobby Jones CSF wants to help make the process a little easier. Here's a list of things to think about as well as some important questions that you should be asking your doctor. 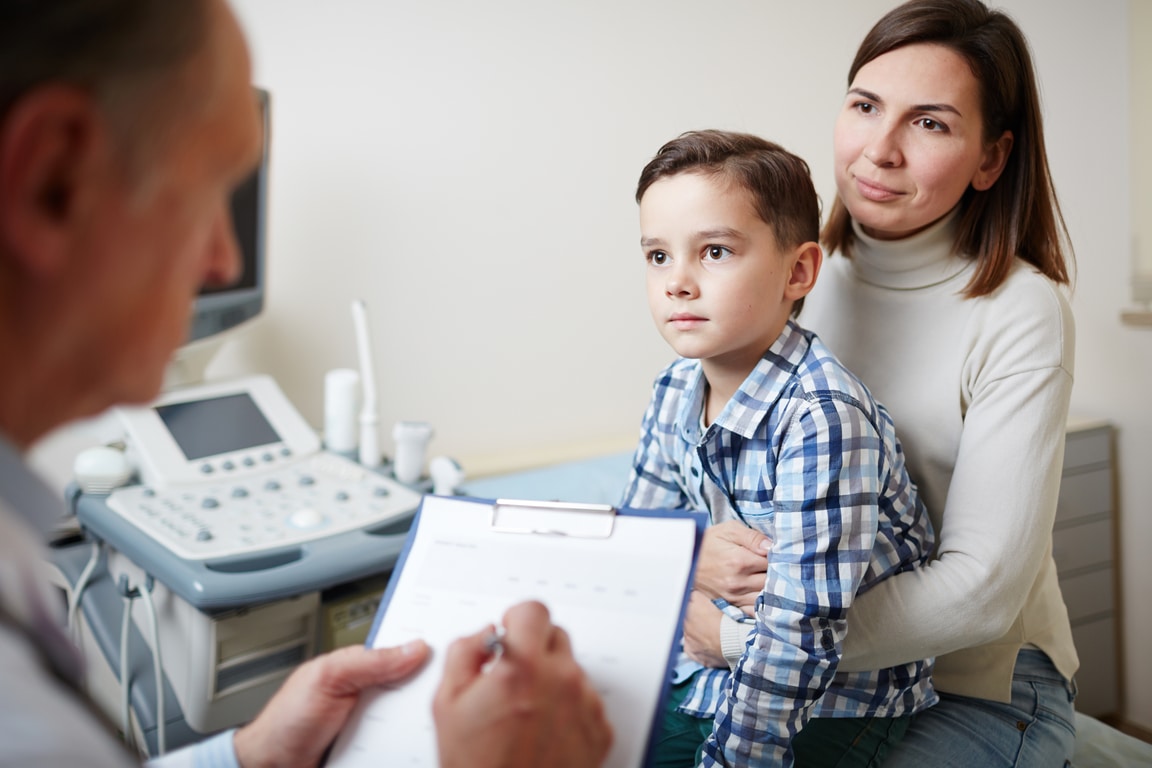 Before you get started!!

Check in with the diagnosing physician: do they think this is an incidental finding? Many people who have a Chiari malformation on their MRI have no symptoms and do not need to do anything but check in with their doctor once in a while. The diagnosing physician can help you determine if that is what is going on here. But keep in mind that it’s always best to get a second opinion!

If you/your child has symptoms, treatment might be required. Start on your journey by following these steps…

1IMMEDIATELY AFTER A CHIARI DIAGNOSIS, TAKE THE FOLLOWING FIRST STEPS:

2HOW DO I SELECT A CHIARI SPECIALIST?

3HOW DO I KNOW IF I HAVE FOUND GOOD, REPUTABLE INFORMATION ABOUT CHIARI ONLINE?

Is the information good? Is the website giving you information that is Health-On-the-Net (HON code) certified? This is a health information watch-dog that verifies accurate info! You can check out the other website HON-code status here. Is it a nonprofit? Guidestar and Better Business Bureau-certified nonprofits are dedicated to transparency. Check if they meet all 20 Better Business Bureau standards and if they are certified and at what level on Guidestar. Guidestar Platinum is the highest level of transparency. Who is producing the educational materials and how often? Who is producing the educational materials you are reading/seeing? Is it produced by medical professionals, or by lay people? When was the information last updated?

4I HAVE AN APPOINTMENT WITH A CHIARI SPECIALIST. WHAT SHOULD I CONSIDER?

Do you feel comfortable with your specialist? Do they treat you like a human being with a family, a life, etc.? Are they asking about all your medical problems and giving you a comprehensive assessment? Does it seem like they are making recommendations that they would take if they were in your shoes? Do they include your family members and caregivers in these conversations about treatment? Were they able to answer all your questions about educational credentials, past surgical success, etc.? Be sure to ask your specialist whether or not your age or other issues may impact the success of your Chiari surgery.

5THEY FOUND A CHIARI MALFORMATION ON THE MRI! DO I NEED SURGERY?

Most specialists weigh this out with you based on this little "checklist": - Are there clinically-significant symptoms that will improve with a  surgery? - What will happen if no Chiari surgery is done? - Are there any alternatives to surgery? - What are the potential complications and how likely are they? - Will obesity status (BMI = 35+) be a factor in determining surgery eligibility?

6I HAVE AN APPOINTMENT. WHAT QUESTIONS SHOULD I ASK THE CHIARI SPECIALIST?

- How many patients have you seen with Chiari? - Is my diagnosis definitely Chiari? What are the clinical symptoms associated with Chiari? - How do you know that Chiari is the problem and not something else? - What options do I have for treatment? - Do I have options other than surgery? - Does age or anything else impact the success of Chiari surgery? - Can this be treated conservatively? If so, what will that mean for my symptoms? - What is your surgical success rate in patients like me?

7SHOULD I GET A SECOND OPINION BEFORE GOING THROUGH WITH CHIARI SURGERY?

YES! This is always recommended. This is, after all, brain surgery and every possibility should be considered. Any doctor who tells you that you don't need a second opinion before getting surgery is questionable.

8I GOT A SECOND OPINION FOR CHIARI SURGERY BUT ONE DOCTOR SAID I NEEDED SURGERY AND THE OTHER DID NOT... NOW WHAT DO I DO?

9I DID ALL THIS AND I FOUND OUT THAT I DEFINITELY NEED CHIARI SURGERY. WHAT SHOULD I BE THINKING ABOUT?

90% of the care you receive after surgery will be provided by someone other than the neurosurgeon!

HERE ARE SOME IMPORTANT QUESTIONS TO ASK YOUR NEUROSURGEON BEFORE GOING THROUGH THE SURGERY SO YOU WILL GET HIGH-QUALITY POST-OP CARE:

Watch all this advice in a video from the Chiari experts, themselves: 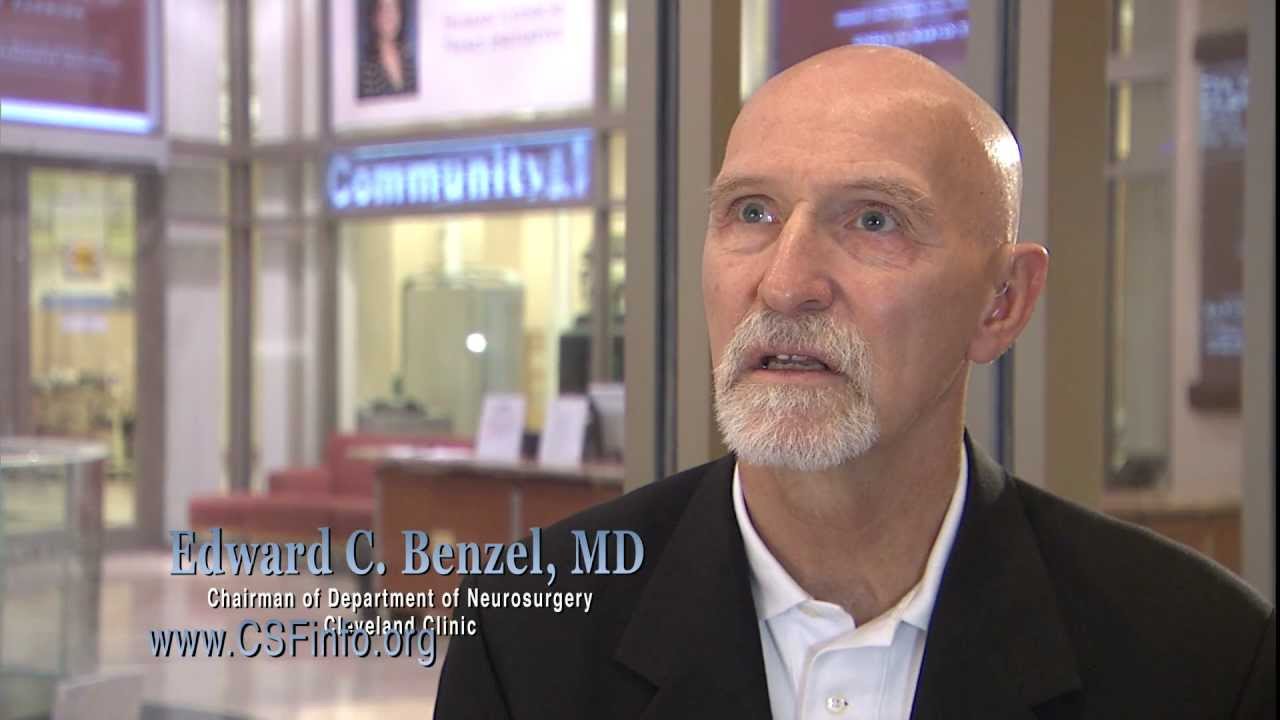 You can learn more about Chiari I , Chiari II malformation and syringomyelia and more on our website. There is also an extensive Chiari & syringomyelia Handbook for patients and families that is available online for free download or for hard-copy purchase.

Other reputable sources of information can also be found online.

Epilepsy Foundation – Trusted, family-led organization that works to accelerate research and educate individuals about epilepsy, what triggers seizures and much more.

CSF’s Physician Lecture Series is produced in part with many medical institutions that have Chiari, syringomyelia and related disorder specialists on their staff. These institutions are usually able to tell you a little more about the disorders, too!

Still, have questions? Feel free to contact us at any time!