Topic: The Story of MRI: MRI’s Profound Current Prospects of Visualizing and Quantifying Cerebrospinal Fluid (CSF) Flow and the Role of CSF Flow Obstruction in the Genesis of the Symptomatology of Chiari, Syringomyelia and the Neurodegenerative Diseases 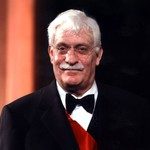 Chosen at the age of 15 as a Ford Foundation scholar, Raymond Damadian majored, as an undergraduate, in mathematics and minored in chemistry, but also found physics and biology fascinating.  Four years later, when he returned to his native New York to enroll in medical school, he was drawn toward a career in research and eventually into a 10-year quest to unlock the mysteries of cell metabolism and chemical transport.  That search led him to consider the possibility that physics’ nuclear magnetic resonance might be a powerful diagnostic tool for medicine.

In 1970, Raymond Damadian, M.D., made the discovery that is the basis for magnetic resonance (MR) scanning – that there is a marked difference in relaxation times between normal and abnormal tissues of the same type, as well as between different types of normal tissues. This seminal discovery remains the basis for the making of every MRI image ever produced, is the foundation of the MRI industry.

Dr. Damadian went on to build Indomitable, the first MR scanner, which produced the first human image on July 3, 1977 and the first scans of patients with cancer in 1978. Indomitable has since assumed its rightful place in the Smithsonian Institute.

The significance and importance of Dr. Damadian’s discovery in the origination of MRI was acknowledged by the U.S. Supreme Court in 1997, when the Court enforced Dr. Damadian’s original patent and the MR scanner device was subsequently approved by the FDA in 1984.

In 1988, Dr. Damadian was awarded the National Medal of Technology by President Ronald Reagan, which he shared jointly with Dr. Lauterbur, for “their independent contributions in conceiving and developing the application of magnetic resonance technology to medical uses, including whole-body scanning and diagnostic imaging.” Less than one year later, Dr. Damadian was inducted into the National Inventors Hall of Fame of the United States Patent Office, joining a select group of renowned pioneers, including Orville and Wilbur Wright, Henry Ford, Thomas Edison and Alexander Graham Bell.

Although Dr. Damadian is best known as the inventor of the MRI, he is first of all a medical doctor and research scientist. Since 1999 he has been Professor of Medicine and Professor of Radiology at the State University of New York Health Science Center in Brooklyn, New York.  He also has several honorary Doctor of Science degrees.

Raymond Damadian holds more than 70 patents related to MR scanning and is a member of the International Society For Magnetic Resonance in Medicine and the American Association For the Advancement of Science.  His other honors include the Lemelson-MIT Lifetime Achievement Award (2001), The Benjamin Franklin Medal (2004) and the Ellis Island Medal of Honor (1994).