Ask the Expert – Your Questions Answered – With Dr. Mark Luciano

Topic: Ask the Expert – Your Questions Answered
Please submit your questions to mpoppe@bobbyjonescsf.org. Dr. Luciano will review all submitted questions and will answer as many as he can. 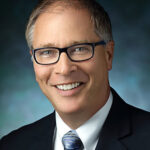 As a result of his recognized leadership in hydrocephalus, Dr. Luciano has been on the National Hydrocephalus Association advisory board and has appeared in the local and national press and television including the Wall Street Journal, Woman’s Day, and the Today Show.

In addition to national publications, peer-review and editorial activity, Dr. Luciano is an internationally invited speaker in neuroendoscopy, hydrocephalus and pediatric neurosurgery. He was the “Brahm Prakash Memorial Orator” in New Dehli, India, and has been invited as visiting professor and speaker in India, China, Egypt and Europe. He has initiated an international cooperation between Cleveland Clinic and Peking Union Medical Center in Beijing, China, for education in neuroendoscopy. In addition, he has served as host and thesis mentor for international MD research fellows from Egypt and Sweden.