Ask the Expert – Your Questions Answered – With Dr. Fraser Henderson

Topic: Ask the Expert – Your Questions Answered
Please submit your questions to mpoppe@bobbyjonescsf.org. Dr. Henderson will review all submitted questions and will answer as many as he can. 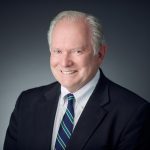 Dr. Fraser C. Henderson Sr. worked as foreman on a cattle station in the Outback of Australia before receiving his Bachelor’s and Medical degree at the University of Virginia, Charlottesville, Virginia in 1982. He served with the Multi-National Peace Keeping Force in Beirut, earning the Navy Commendation Medal for preparedness and treatment of mass casualties, following the terrorist bombing attack in Beirut, Lebanon, October 1983. After completing his residency under Phanor Perot at The Medical University of South Carolina, he served as Chief of Neurosurgery at the Veterans Medical Center in Charleston, SC, and then returned to complete his active duty obligation at the National Naval Medical Center, Bethesda, MD.  He was Brigade Neurosurgeon for the 4th Marine Expeditionary Brigade in Desert Shield and Desert Storm, in the 1st Gulf War, 1990-91. In 1993 he was International Fellow for Craniospinal surgery under Professor Alan Crockard at The National Hospitals for Neurology and Neurosurgery, Queen Square, London.  Returning to Bethesda Naval Hospital he was promoted to rank of Commander, and then served as Director of Spine. He then joined Georgetown University as Director of Neurosurgery of the Spine and Craniocervical Junction.  Dr Henderson was promoted to Professor (Scholar tract) of Neurosurgery in 2005. As Co-Director of Stereotactic Radiosurgery Center he was active in advancing radiosurgery of the spine. As Co-Director of the Lombardi Neuro-Oncology Division, he was a principal investigator in drug development.  Dr. Henderson entered private practice in 2008, continuing his academic affiliation with Georgetown University until 2010. He developed intellectual property for 13 inventions relating to radiosurgery, congenital and degenerative disease, including vertebral replacement devices for patients with spinal cancer – the internationally marketed TPS® –Telescopic Plate Spacer, and the Cranio Cervical Integration System™.  His other primary interest relates to development of understanding of genetic disorders affecting the central nervous system. Dr Henderson has published approximately 100 peer reviewed articles, patents and book chapters, and given 180 invited lectures. Dr. Henderson is Chief of Neurosurgery at Doctors Community Hospital in Lanham Maryland, Director of The Metropolitan Neurosurgery Group, and staff member at University Maryland Capital Medical Center, member of the Pan African Academy of Christian Surgeons and The Order of St. John, and a Director of the Fund to Conserve United States Diplomatic Treasures Abroad.  Dr. Henderson and his wife, Becky, live on a small farm in Prince George’s County.