Ask the Expert – Your Questions Answered – With Dr. Roger Kula

Topic: Ask the Expert – Your Questions Answered
Please submit your questions to mpoppe@bobbyjonescsf.org. Dr. Kula will review all submitted questions and will answer as many as he can. 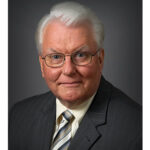 Roger W. Kula, M.D., has been Medical Director of the Chiari Institute since 2003. He received his neurology training at the University of California Hospitals, San Francisco, where his exposure to the influence of then-chairman Robert A. Fishman, M.D., first stimulated his interest in spinal fluid physiology.

In 1977, he established a neuromuscular disease program at the SUNY Health Science Center at Brooklyn as assistant professor of neurology. He went on to establish one of the most clinically active Muscular Dystrophy Association clinics in the tri-state area and developed a national reputation in the study and treatment of autoimmune neuromuscular diseases, motor neuron diseases and muscular dystrophy. He was honored for his dedication to the clinical care of patients by being named the first recipient of the Muscular Dystrophy Association’s Ade T. Milhorat Humanitarian Award in 1998.

After an increasingly close collaboration with Dr. Thomas H. Milhorat through the 1990’s, his interests expanded to include the diverse and subtle neurological symptoms plaguing Chiari and syringomyelia patients. He has been a funded investigator with grants supported by the American Syringomyelia Alliance Project, the Muscular Dystrophy Association and numerous pharmaceutical groups such as Amgen, Regeneron, Ahhott Labs and Burroughs-Wellcome.