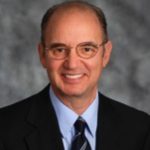 John Oró MD, AANS Fellow, joined faculty at the University of Missouri Health Sciences Center in Columbia in 1984 following completion of his neurosurgical training at MU. During his early neurosurgical career, he specialized in pediatric neurosurgery, surgery of the skull base, and cerebrovascular surgery. In 1991, Dr. Oró became Chief of the Division of Neurosurgery and developed various subspecialty programs. In 1998, he and Diane Mueller, ND, RN FNP-BC developed The Chiari Clinic.

Dr. Oró moved to Colorado in 2005 to become the Director of Neurosurgery at The Medical Center of Aurora (TMCA). In addition to performing cranial and spinal neurosurgery, with TMCA he expanded his national center for persons with the Chiari I malformation. Recently, Dr. Oró and colleagues established the Colorado Chiari Institute at the Medical Center of Aurora. The Institute specializes in the evaluation and care of persons with Chiari I malformation, persons referred following previously unsuccessful surgeries, and persons with syringomyelia or tethered spinal cord. Enhancing the quality care mission are our commitments to research, education, and innovation.

Dr. Oró has been listed among the Best Doctor’s in America since 2001 and America’s Top Surgeons since 2002.