Ask the Expert – Your Questions Answered – With Dr. Marcus Stoodley

Topic: What is the surgeon trying to achieve when treating Chiari and syringomyelia?

Please submit your questions to mpoppe@bobbyjonescsf.org. Dr. Stoodley will review all submitted questions and will answer as many as he can. 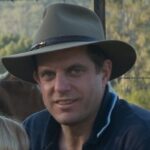 In addition to his clinical interests, Professor Stoodley heads the neurosurgery research team at Macquarie University. This is one of the largest neurosurgery research groups in Australasia, with world-leading research efforts in syringomyelia and CSF physiology, and in the development of new treatments for brain AVMs. This work has attracted over $5 million in research funding. He has produced more than 120 publications and has supervised over 15 research students. He has delivered over 100 invited lectures at national and international scientific meetings. In 2012, Professor Stoodley was awarded the John Mitchell Crouch Fellowship by the Royal Australasian College of Surgeons, the premier surgical research award of the RACS.